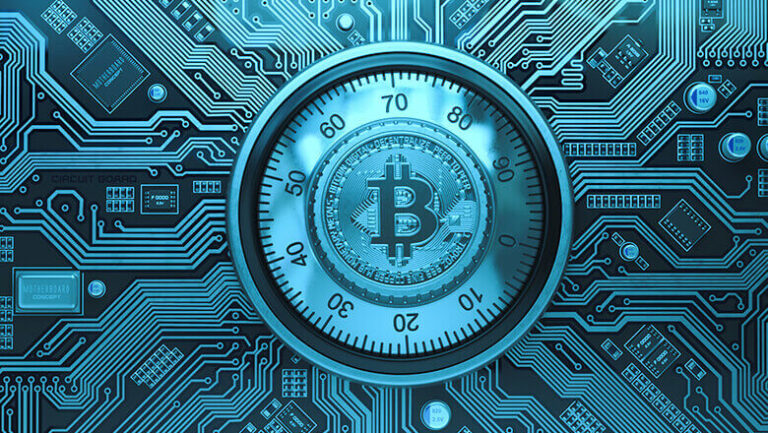 The Bitcoin blockchain is essentially an enormous, shared, encrypted list of all addresses that hold Bitcoin balances in Bitcoin Wallet. Blockchain technology stores transactional records, also known as “blocks,” of the public in multiple databases, called “chains,” in a network of peers and peers. This type of storage is commonly called a ‘digital ledger’.

In this ledger, every transaction is authorized by the digital signature of the owner, which authenticates the transaction and safeguards it against tampering. The information contained in the ledger is therefore highly secure.

A digital ledger is similar to a Google spreadsheet that is shared among many computers in a network, where the transactions are recorded based on actual purchases. A fascinating aspect is that anyone can see the data, but they can’t corrupt it.

In an increasingly digital world, blockchain is an emerging technology with many advantages:

Blockchain Technology – How Does It Work?

Businesses around the world are integrating Blockchain technology, as you may have noticed. But how exactly does it work? Is this a major shift or merely an addition? Blockchain is a relatively new technology, and it has the potential to be revolutionary in the future; therefore, let’s demystify it.

Cryptography keys are composed of two keys – a private key and a public key. Both keys are necessary for successful transactions between two parties. These two keys are used by each individual to create a secure digital identity reference. Security is one of the most important aspects of Blockchain technology. Known as a digital signature, this identity is used for authorizing and controlling transactions in the cryptocurrency world.

A large number of individuals who act as authorities use the digital signature to reach a consensus on transactions, among other things. In order to authorize a deal, a mathematical verification is carried out, which results in a successful, secured transaction between two parties connected via the network. To summarize, Blockchain users use cryptography keys to engage in different types of digital interactions over peer-to-peer networks.

The advantages and disadvantages of blockchain technology

As with any technology, blockchain has its advantages and disadvantages:

The main advantage of blockchains is that they provide a high level of security, and this also means that they can protect and secure sensitive data from online transactions. Blockchain technology offers speedy and convenient transactions, too. As a matter of fact, it only takes a few minutes, whereas other methods can take several days. Additionally, there is no third-party interference from financial institutions or government organizations, which is seen as a positive by many users.

Public and private keys are used in cryptography and blockchain, and private keys have reportedly caused problems. Users who lose their private key face numerous challenges, making this one of the disadvantages of blockchains. There are also scalability limitations, as the number of transactions per node is limited. Due to this, it can take several hours to complete multiple transactions and other tasks. As another significant disadvantage of blockchain, it can also be difficult to change or add information once it has been recorded.